Expansion bolts are often used when fixing things on the wall at home. In addition, expansion bolts can be used for all things that are to be installed in cement, brick walls, and other places that are not easy to fix. Such as installing mechanical equipment, air conditioning shelves, stainless steel Doors, windows, etc. How to install and use it? Why can a small expansion bolt be tightly fixed in the wall? What is the state of the expansion bolt in the wall? Let’s take a look today.

What is Expansion Bolt and How does it work?

The spring washer on the expansion screw is a standard part. Because its opening is staggered and elastic, it is called a spring washer. The function of the spring washer is to use the sharp angle of the staggered opening to penetrate the nut and the flat washer to prevent the nut from loosening.

The flat washer is also a standard part, its function is to evenly distribute the pressure of the nut on the connected parts.

How to fix the expansion Bolt to the wall?

Expansion bolts are Widely used in various decoration occasions due to small drilling holes, large pulling force, and exposure after use. If not used, they can be removed at will and the advantages of keeping the wall flat.

A toggle bolt, also known as a butterfly anchor, is a fastener for hanging objects on hollow walls such as drywall. Toggle bolts have wings that open inside a hollow wall, bracing against it to hold the fastener securely. The wings, once fully opened, greatly expand the surface area making contact with the back of the hollow wall. This ultimately spreads out the weight of the secured item, increasing the weight that can be secured compared to a regular bolt.

Hollow wall and drywall anchors are types of screws with added sleeves or parts that secure the inside of a wall for a more secure hold. They work in conjunction with the screw or nail and prevent them from pulling out of the wall, keeping your wall hangings safe and stabilized. They are especially handy when there is no wall stud to nail or screw into for hanging your items.

Security anchors (also referred to as construction anchors or expansion anchors) can be used in high torque applications, where they are placed into predrilled holes in concrete, brick, or other materials, to fix an application to a surface that has no thread to engage. 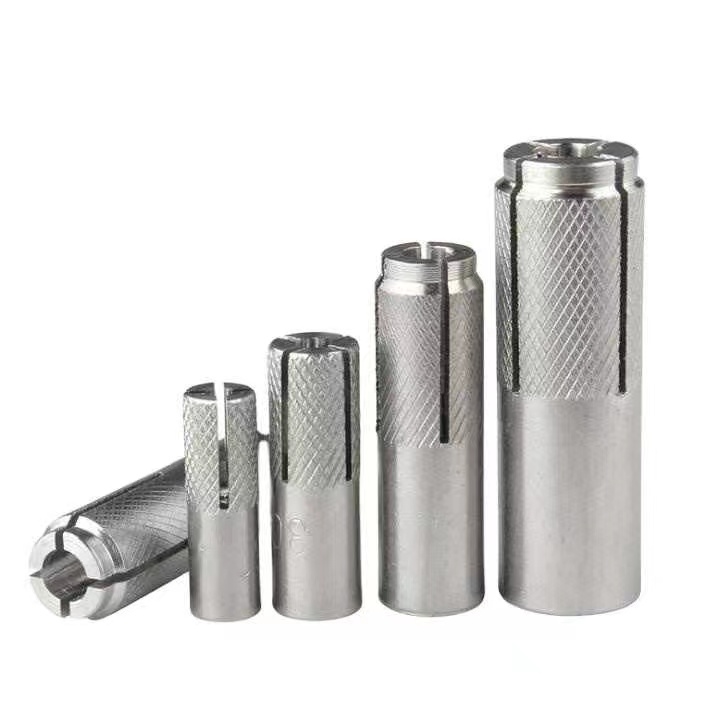